In another instance, a lady came to see me a few days ago. She wanted some treatment to overcome her feelings of despair. She, along with two of her other colleagues at work formed a team of best of friends. One of her best friends became a manager in the company they worked. The manager quickly took on the role and did what any manager would do. Her best friend often faced friction between her new manager and herself. Eventually, she put in her papers. This lady who came to me used to confide in her and they felt connected. Now that, the best friend is leaving, she felt stressed. The stress affected her body. She developed a constant headache, fever, muscle and joint pains.

What are the final rites? How do final rites help you? At Nadichikitsa, we have a way with final rites. We call it Bandha Parichheda.

Did you know, when a relationship is severed by death or distance, the final rites need to be done so that you can release all that attachment and expectation, perception and judgment, blame and disappointment, that you held for and against that person that prevented you from loving that person unconditionally! in Hindu tradition this karya or act is called Antim Samskara.

The practice of Bandha Parichheda

Every action has 3 parts to it and so does the final rites or Bandha Parichheda. The three parts are Sankalpa, Prayoga and Charam Samskar.

Sankalpameans the intent to do something about an idea you have in your mind. Whether the idea is about creating something or whether it is about taking charge of a situation such as the final rites.

Prayogameans the application or getting into the doing. Becoming the doer. If an idea must come to existence, it must be followed with action that is consistent, with perseverance, dedication, one pointed focus, and serving the intent.

The final part of the action is Charam Samskar. This is the closing. The final rites come to a close only when all your attachment, expectation, perceptions and judgments are broken, discarded and when you are thoroughly cleansed.

This process of the final rites was followed in the Hindu tradition centuries ago. Slowly, it lost its importance and today it is a shoddy job done by the priests. No one understands what is going on. They just do it once every year.

Ideally, you need to practice cutting away from all of your judgments and prejudices, attachments and expectations and blame and disappointment with a person when he or she is alive. Then, the relationship will be a beautiful one. I did it with my father when he was alive. Now that he is no more, I don\’t feel that I have lost him. I have gained the love we had that bonded us. We had a very rough relationship earlier. That was a time when I did not have the understanding of how relationships work. Then, love blossomed between us. Today, I can close my eyes and think of him. I see the same beautiful smile on his face that I saw the day I dropped all my weapons that I had trained against him.

Bandha Parichhedais the complete process of identifying the person, alive of dead, against whom you had attachments and expectations or judgment and criticism, blame or disappointment, and releasing everything that holds you back from being free. This is called the final rites. It must be practiced with every person dead. It must also be practiced with every person alive with whom you have had a troubled relationship which you wish to bring to a closure.

Once you are free, you will no longer have the heavy emotions that bound you to that person and sucked the air between the two of you. You will only hold the image of the person in your mind with unconditionality. Unconditionality means no conditions, nothing hold the two of you together. When nothing binds you, then, there is love. Love is free. Love does not hold you back. It is like the air. It serves everyone and everything without expectation or prejudice. Then your relationship will resume with no hangups. You will interact freely with the other person.

Time to practice the final rites

Imagine for an instance; You come into a this room where so many others are sitting in front of me. Does it matter to you who is going through what in their life? No, it doesn\’t right? Let\’s imagine that your friend is going through a rough patch in her life and you notice her sitting in this gathering. Would you or won\’t you keep looking at her time and again to see what is happening to her? Won\’t you feel sorry for her? Why? Isn\’t it because of the attachment? Isn\’t it because of the expectation that her life must become better?

When we don\’t practice detachment with others, we will not be able to solve their problems. We will create new problems in our lives. And that will prevent us being in any way useful to them. The problems only multiply.

Next time you see your colleague, and if either of you have a habit of confiding in one another, you can understand that it is time you practice Bandha Parichheda. You need to bring an element of unconditionality into the relationship so that you can be free once again. 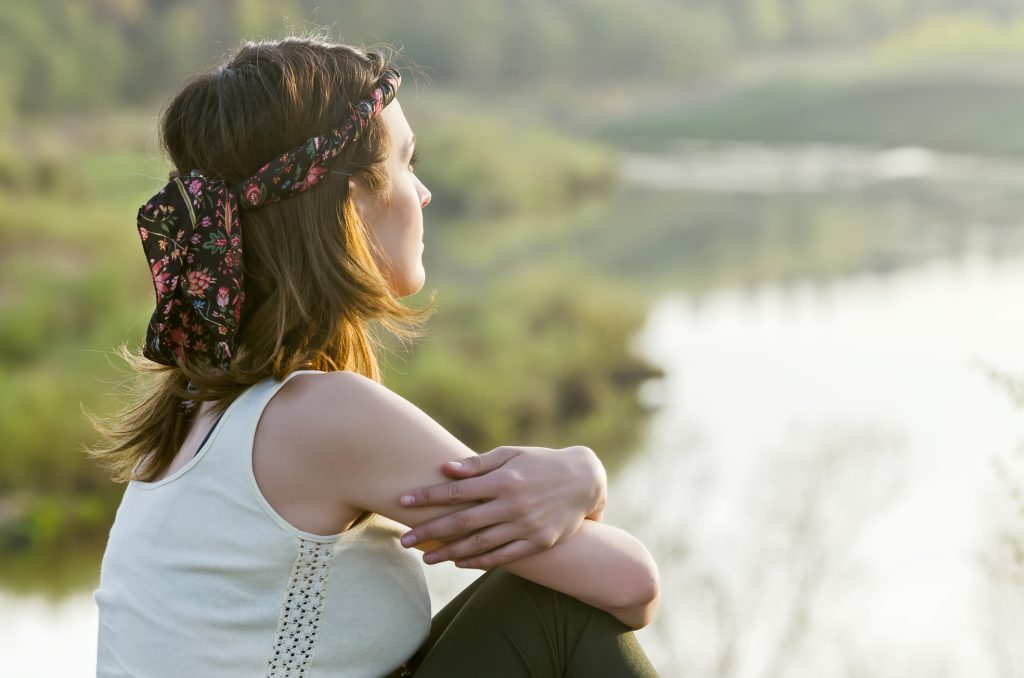